A new GF2 intake window has just been added this fall. From October 22 to November 5, Ontario farmers can submit funding applications for their upcoming winter projects.

Depending on production levels, there are numerous improvements that can be made indoors including installing on-farm processing facilities, upgrading barns for animal health and welfare, and upgrading greenhouse water systems. Physical improvements are funded at 35 percent cost-share.

Winter is also a great time for developing skills, conducting on-farm audits and assessments, and planning for the future. These types of projects are funded at 50 percent cost-share.

Approvals for applications received during this intake will be announced in early January, giving producers time to complete their projects before March 31, 2016.

Producers can also apply for multi-year projects, provided the initial project costs are incurred before March 31, 2016.

There are also plenty of free workshops available through the winter, including Growing Your Farm Profits, Environmental Farm Plan, Food Safety, and Biosecurity. 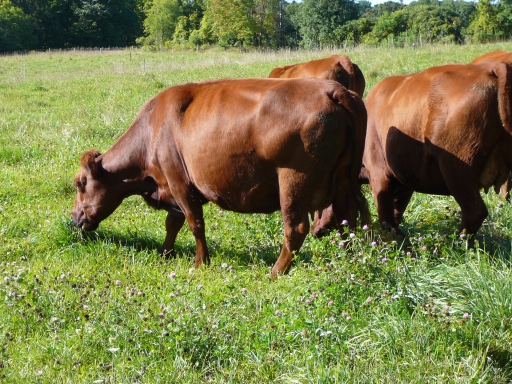 Get out your calendars and circle Monday December 7!

Farms at Work and the Couchiching Conservancy are pleased to be hosting well-known Wisconsin beef farmer and grazing specialist, Laura Paine, for a full day workshop on grazing management strategies, and hear about a successful grass-finished beef marketing co-op that she helped to create.

Since 2006, Laura has worked as Grazing Specialist with the Wisconsin Department of Agriculture. Prior to this, she was an Associate Professor at the University of Wisconsin Extension where she focussed on cool-season and native grass pastures. More recently, Laura has taken on the role of Program Director for the Dairy Grazing Apprenticeship Program, a 4,000 hour apprenticeship for farming, and the first to be recognized by the US Department of Labor. She also runs a successful grass-finished natural beef operation near Madison, Wisconsin and worked to develop the successful Wisconsin Grass-fed Beef Co-op.

Laura will be joined by a number of other speakers - so stay tuned.

Let us know by email if you'd like to be added to the list for this exciting event, and keep an eye on our website for more info soon!

Changes to the Canadian Organic Standards - an Essential Update

Do you sell your product using the word "organic"?

Then you may be interested in this new webinar series offered by Canadian Organic Growers (COG).

On November 9, 2015, recent updates to the Canadian Organic Standards will be launched. To ensure that producers, processors, certifying bodies, verification officers, and anyone who requires knowledge of the Standards to carry out their work are up to date on the revisions, COG will be offering webinars this fall and winter, which begin this month. The cost of each webinar is $25 (tax included).